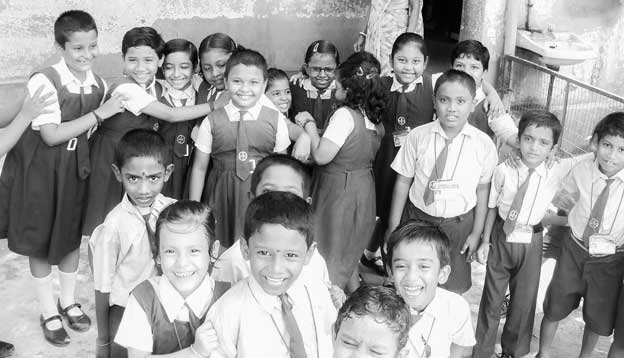 These are some of the ‘case studies’ of grown ups and children who we had supported or continue to support. They have shared their experience with us. 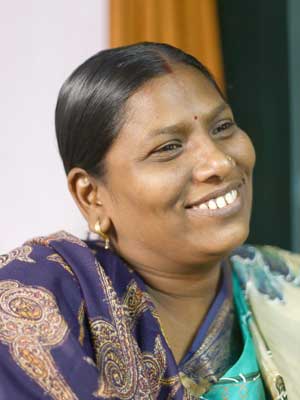 Suniti Mondol could complete her studies because of interest and push from her maternal grandmother (who was fondly referred to as Indira Masi by locals). She passed her Secondary Exam in 1994. Suniti did not have a father or a grandfather. She has her mother and a brother. Both the brother and the sister were helped by JCMECT. Suniti’s family lived in a shanty on the side of a railway track. The railway track is elevated; their house is at a lower level. Suniti’s grandmother would pick discarded potatoes in a daily market at the end of each morning and earn small amounts of selling potatoes.

The Trust provided the siblings money and arranged for free tuitions. It was Suniti, though, who due to her eagerness and effort shined through. JCMECT was not in legal existence yet. It was rather an individual effort of the founder of the Trust, who more than anything provided Suniti moral guidance and mental support through her struggles.

Suniti now works as an Auxiliary Nurse and Midwife under the National Rural Health Mission of the Indian Government. Suniti is married and has a young son. Though her job is not permanent, she acknowledges that life for her has improved dramatically. She wishes all those people who helped her reach the current situation (her grandmother and the founder of JCMECT – both have passed away) could be around to see her success. 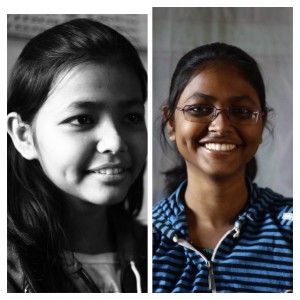 All three siblings – Shraboni, Chaitali and Amit -studied in DNCKG School. Shraboni passed out of the School in 2006 (ie passed out of Class IV), Chaitali in 2007 and Amit in 2012. The siblings, in particular the sisters, showed promise in studies when they were quite young. Their father – Bishwanath Chakraborty – works as a painter of buildings with contractors. The mother – Kalpana – has recently taken a job with DNCKG School as an ayah to pay for her kids’ education.

Recognising their potential and the economic situation of their family, the Trust allowed the siblings study in the School free of cost. Further, monthly scholarships were provided (and are continued) to pay for other costs of their education. Shraboni would appear for her Class XII boards exam in 2014 and would like to be either a medical doctor or study a degree course in chemistry or mathematics. She likes to listen to Tagore songs and watch cartoons on TV. Doremon is Shraboni’s favourite cartoon character. Chaitali, unlike her sister, would like to continue her studies in arts. She likes to watch cricket – Virat Kohli is her favourite cricketer. Amit, according to the sisters, is still quite mischievous and has not made up his mind on his future studies yet. (Amit was too shy to be photographed and talk about himself. We hope to add more details about him soon) 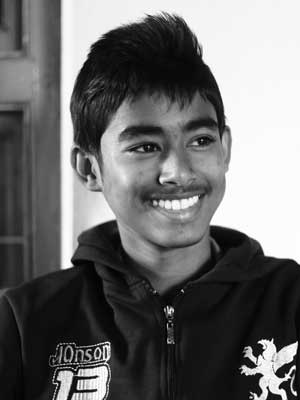 Subhash Das passed out of DNCKG School in 2010. He was a good student – received a prize from the school for good performance in all areas (an ‘all-rounder’) in his last year in DNCKG School. Subhash’s father is often physically ill and cannot work for long at a stretch. Subhash’s mother – Rekha – works as an ayah in DNCKG School and irons clothes in her spare time. Subhash had studied in the School free of any tuition fees.

JCMCET provides a monthly scholarship, which could cover other costs of education including tutors’ fees. Subhash needs tutoring, as his parents are unable to help him in his studies. We also give Subhash money occasionally to purchase exercise books and cover other such costs. Subhash likes sports – in his spare time he plays both cricket and football. Subhas also like to watch cartoons on TV. 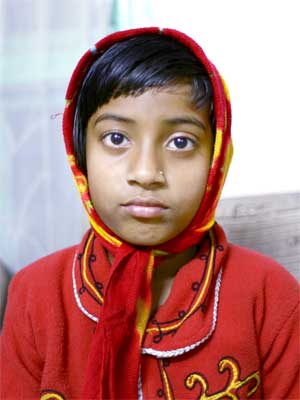 Megha Dey was admitted in DNCKG School in the Nursery Class in 2008 at the age of three. Her mother requested a full waiver of her tuition fees, as Megha’s mother was poor and did not receive much financial support from her husband. Megha’s father buys and sells old stuff from households. Megha has been studying since then free of cost and has received support to purchase text and exercise books from JCMCET. Her mother now works as a cook in a household. Megha is a calm and quiet child but a good student nevertheless. She says she likes to study in her spare time. She also likes to watch TV.